The Scottish Solo fleet returned to Helensburgh for the latest event in the HD Sails Travellers Series with sixteen boats entered including three locals. Like the rest of the country things are getting back to normal with the clubhouse open including the changing rooms. No need to get changed in the car or a corner of the dinghy park any more!

The weather was cloudy on arrival and not very warm but it got better as the day progressed. We were sharing the course with two handicap classes which meant things were a bit choppy around the start finish line. Before going afloat we had to collect our lunch, included in the entry fee, and had our choice of rolls. We welcomed Ian Fleetham from St Andrew's to the fleet in his new boat that had only had a brief trial sail before today.

After the course was set we had a fair start line and a good beat for race one which was windward leeward and started in a F2 westerly, a little lighter than expected. Tony King got into the lead and kept it to the finish of this two lap race, despite needing a smart manoeuvre to avoid a B14 at the leeward mark. Stuart Gibson, who was only able to confirm his entry the night before, came next with Kevan Gibb third in the Scottish fleet demo boat. Rumour has it his new boat will appear at some point.

The second race was a triangle/sausage and started in a little more wind. Once again Gary McFarlane made a perfect pin end start. As we headed up the beat for the third round is was pretty clear the the breeze was up. As one of the lighter helms said afterwards 'this was one for the big boys'. It might have been a slog upwind but the two reaches that followed made it all worthwhile as we enjoyed the wind, sun and waves.

Stuart Gibson won this race followed by Nigel Orkney who revelled in the conditions. Next was Charlie Brecknell who is improving every race. Tony King was slowed after hitting the first windward mark. For the third event in a row the fleet was entertained by someone rolling in to windward on the run, today it was Alan Jeffrey who had to clean the mud off his sail when he got ashore.

Race three started in a little less wind and we saw Tony King and Stuart Gibson covering each other at the front of the fleet, which enabled Nigel Orkney to take the favoured side of the beat and get in front which he held to the finish. Stuart Gibson was second and Charlie Brecknell came in third again. Your scribe discovered how wide a B14 is when one tacked on top of him and then got in irons, big bear away needed!

Back ashore it was great to enjoy the spacious changing rooms and a hot shower - even the club bar was open. With his win in the last race Nigel Orkney was a popular winner of the HD Sails Scottish Solo Travellers at Helensburgh. He was followed by Stuart Gibson and Tony King.

As well as the travellers event we were racing for the Ben Ledi trophy. No discards are allowed for this and so consistency is needed. Stuart Gibson was the winner, retaining the trophy he won two years ago. Patrick Burns brought along the HD Sails baseball caps which are given to the first three at each event who have not already won one. By the end of the season everyone who is a member of the class association should have one!

Thanks to our hosts, and I am sure the Solos will be back at Helensburgh before long. 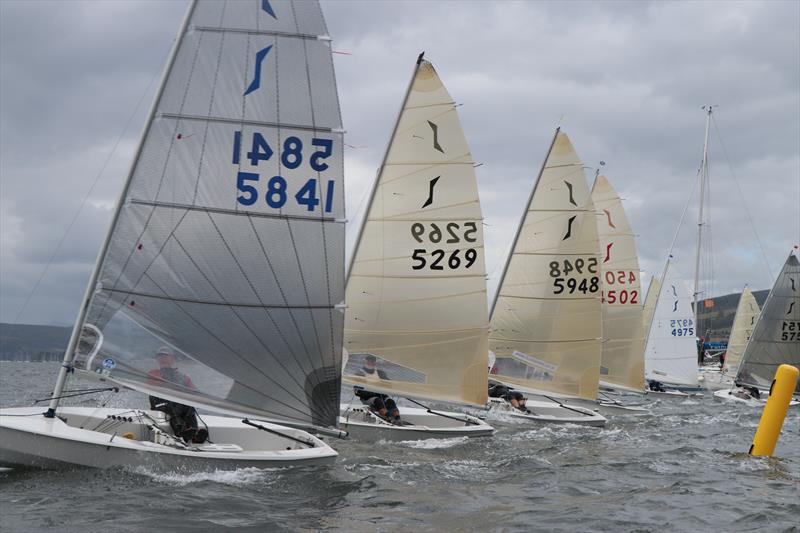 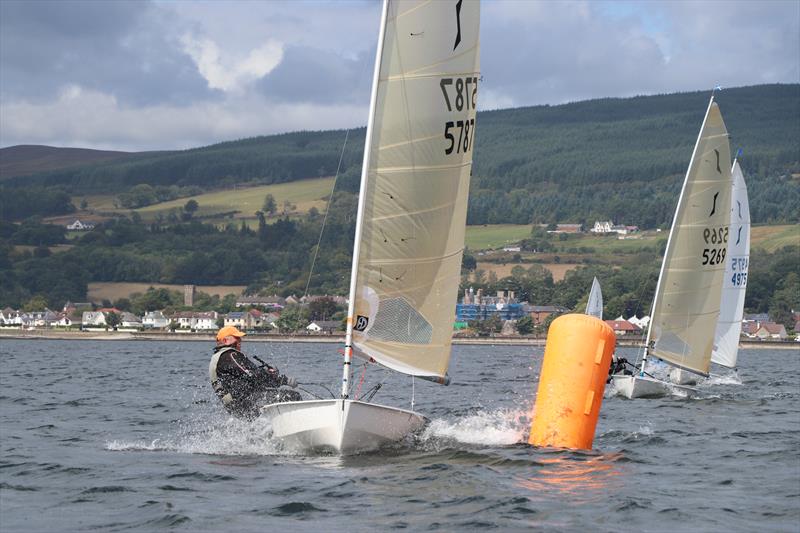