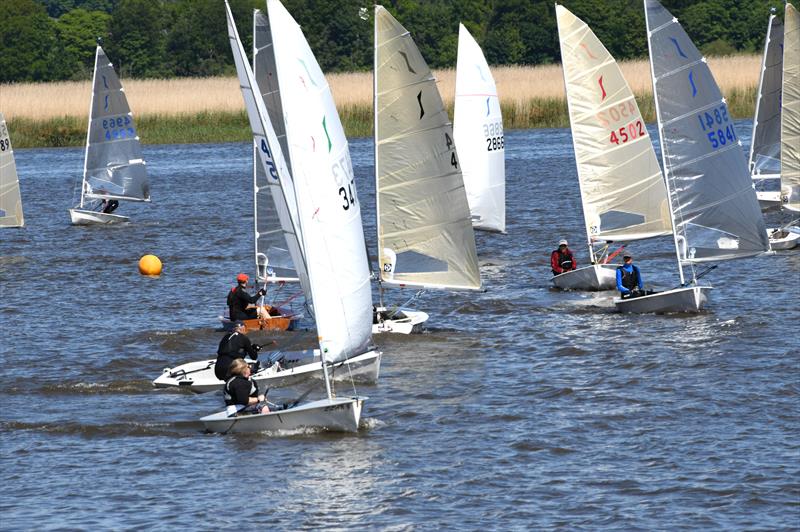 This was the second event of the HD Sails Scottish Solo Travellers at Newburgh SC, a venue we come to most years. This year it was also part of the class Classic Series to encourage those with older boats to come out and race.

There was a good turnout of sixteen boats from across Scotland with several local boats. As always we get a great welcome from this small club situated on the river Tay near Perth. The bbq was already warm when we arrived and there was waitress service! The race officer John Messenger ran to get some extra chairs so that the dinghy park chat could take place in comfort in the sunshine. This is a venue that is very tidal and this meant an 11.30 start with high water at 13.00. The forecast was for Southerly F2 and this was what we got, on average. The wind varied between Southerly and South Westerly all afternoon with numerous shifts, lulls and gusts to test us all in addition to the tide.

Off the line in race 1 Paul McCombie led initially but it was David Sword who led round the first mark. Ross Watson slipped past on the long run against the tide and held this to the leeward mark. Up the next beat he forgot about sailing through the line and a kindly hail from David Sword was required, dropping him back slightly. At the finish David Sword was the winner, showing some unexpected acrobatics to get around the finish mark. Ross Watson was second and Paul McCombie third.

In race 2 Kevin Gibb and David Sword had a close tussle with David coming out in front and ensuring he would take home the trophy. There were more gusts in this race and a gust combined with a big header caused some hassles. Nigel Orkney had a brief swim but an impressive recovery. Your scribe had to return ashore after the race to reattach his ratchet block that had come adrift and was sorting this when the race officer came down to kindly enquire if he needed the start delayed for a few minutes! 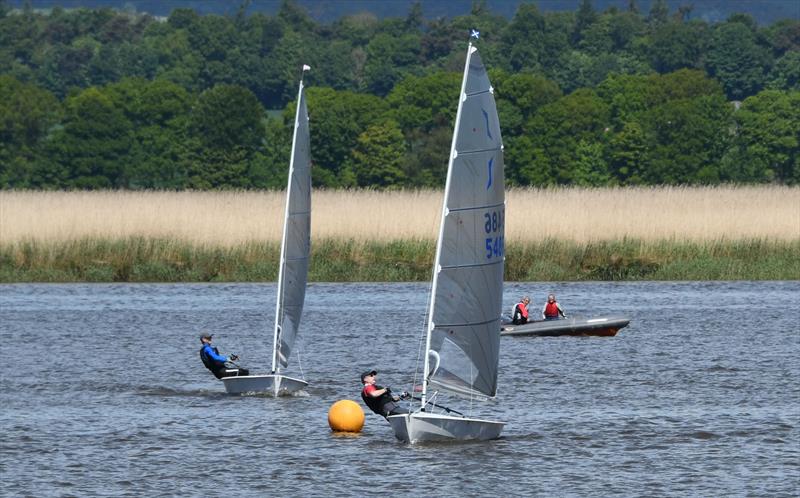 By race 3 the tide had turned with the beat now against the tide. The main channel is beside the club but in the middle of the course is a mudbank with less current. Sailing over to this can be an advantage, even when you need to raise the board, with Dave Parkin picking up several places at the start of the second beat by doing this. The race was initially led by Gary McFarlane before Ross Watson took over and held this to the finish. David Sword was next followed by a consistent Kevin Gibb.

Overall David Sword was the clear winner of the HD Sails traveller followed by Ross Watson and Kevin Gibb. The first wooden boat was sailed by John Curley sailing 3322 which is in excellent condition for its age with beautiful decks. A bottle of wine made the short trip from Perth SC worthwhile. The prize for the mid fleet boat went to Dave Parkin.

As we derigged our boats we were treated to the site of a jetski, whose noise had disturbed us during the sailing, drifting slowly past the club broken down! Hopefully he appreciated his tow home by the sailing club rescue boat.